"Monster" was my last touring show as a stand-up comedian. It received 4 five star reviews at the Edinburgh festival and went on to tour Atlanta, Bergen (Norway), Brighton, Leicester, London , Manchester, Watford, West Palm Beach (Florida) and York.​ Then lockdown hit in March 2020 and all remaining live dates were cancelled. 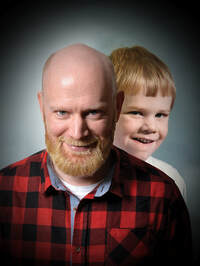 Poster by Steve Ullathorne
A show about sex and sexuality
that laughs in the face of shame and guilt.

John lies awake from 3-4am every night worrying he's not a good person.

Why would this shy Baptist boy from Watford be so full of shame? What’s the difference between shame and guilt? And is it too late for John to try and live without either?

MONSTER is aimed at anyone struggling to feel good about themselves.

​You can watch the full version of "Monster" here - recorded pre-lockdown - online at www.youtube.com/watch?v=nsZAXNkrwII (18+ age restriction due to content).
Clip from the show
Free Handout
Press 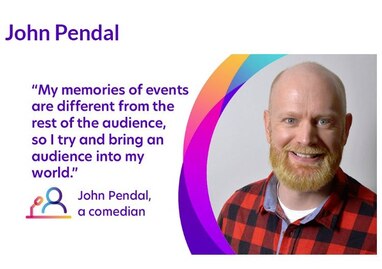 Broadway Baby: ★★★★★
"Tender, gripping, and altogether satisfying, John Pendal: Monster affirms the Watford storyteller’s abilities are stalwart, expertly mixing the humorous with the serious, leaving you to shed both tears of sorrow and joy in the wake of this indelible triumph."
https://broadwaybaby.com/shows/john-pendal-monster/741102

The Wee Review: ★★★★★
"Monster isn’t an easy sit-through – however, Pendal’s delicate yet ribald handling of its issues makes it informative and entertaining for the audience as well as cathartic for himself. There aren’t many comedy shows that you leave feeling enlightened, which makes Pendal’s approach feel particularly unique."
www.theweereview.com/review/john-pendal-monster/

Voice Magazine: ★★★★★
"If I had to summarise the show in one word, it's not a particularly sexy word, but I would say Monster was 'necessary'. Mental health issues get a lot of the spotlight, yes, but what John is doing in my opinion is closing the gap between those with mental health issues and everyone else."
www.voicemag.uk/review/5927/john-pendal-monster

Feminist Fringe Review: ★★★★★
"Despite the seemingly heavy content – Pendal’s integrity, forth-rightness and ability to find comedy even in his darkest moments makes this a comedy show unlike any I’ve seen in over a decade attending Fringe comedy shows."
https://feministfringereviews.wordpress.com/2019/08/13/review-john-pendal-monster-sarah-macdonald/

Chortle review: “Pendal is urbane and affable, making every yarn both relatable and personable, a veritable Peter Ustinov of fetish ... you are spending an hour in the warm, good company of a delightful man. Which may be exactly what you need amid the hurly-burly of the Fringe.”
www.chortle.co.uk/review/2019/08/02/43833/john_pendal%3A_monster

​The List review: "a highly emotional and chucklesome hour, exploring the power that guilt and shame can have over someone's life ... beneath the niceties is a message of radical self-acceptance and evolution not often seen from white-male-cis comedians."
https://edinburghfestival.list.co.uk/article/110774-john-pendal-monster/

Interview in The Herald: "What it feels like ... to undergo gay conversion therapy"
www.heraldscotland.com/news/17798886.feels-like-undergo-gay-conversion-therapy/

Interview with the National Autistic Society: www.autism.org.uk/advice-and-guidance/stories/stories-from-the-spectrum-john-pendal
Audience Feedback
"John Pendal's 'Monster' is a fantastic experience. This brilliant take on kink, mental health, LGBTQ+ rights and more is both thought-provoking and hilarious. What more can I say? Go and see it!" - Chris, Hertford

"Thanks for a brilliant show. My friends and I were talking about it for hours after. All four of us enjoyed it immensely. Thanks for sharing" - Lisa, Leicester

"A great night out with good mates to see the wonderful John Pendal; funny, honest, full of insight and brave. A genuinely nice guy, had us rolling with laughter with his new show. Also great tips for the care and restoration of leather!" - Pete, Leicester

"I found it touching, compelling and funny. John has a clever way with words, an adorable personality and a knack of speaking about difficult personal events with irreverence and humour. This show will delight, entertain and inform all in good measure." - Darren, London

"I enjoyed your performance so much I am already making plans to see it again. I laughed so much I know I missed some parts!" - Marilyn, Miami

“Wonderful, heart-felt, honest and really, really funny. John doesn’t hold back sharing with us battles fought and won over the years in a warm, inspiring and entertaining way. So many belly laughs, definitely do not miss the chance to see this lovely man and fantastic show” – Charlie, Manchester

"My fiancé and I thoroughly enjoyed the show. We felt like it was a perfect show for us as my partner is also autistic and transgender so he felt like he could relate to a lot of moments." - Chris, York

And some of the audience reviews from the Edinburgh Fringe website:

"Four days in I am fully expecting this to be my favourite show of the fringe. This show was emotional, funny and uplifting, carefully walking the tightrope between heartbreak and hope. It was utterly captivating. I will be grateful to give John an hour of my time whenever I am lucky enough to get the chance. You should see this show. Your life will be better for it." - Leila K

"If you have an aversion to audience participation, this is the show for you. Pendal doesn’t turn on his audience. The comedy barbs are aimed firmly at himself in a self-deprecatory way - exploring the highs and lows of his upbringing and how they came to form him. You will laugh and cry in equal measure at his honesty and the genuine warmth of his performance. A proper highlight of the Fringe. He’s been performing here for several years and betters himself each time. Hilarious and heartwarming 5/5" - Mark D

"5* reviews and I can see why - John Pendal pours his heart out and takes you on an hilarious and moving journey.  He creates a safe space for comedy, which is a welcome refuge from picking on the audience, but not at the expense of the laughs and the engagement. I cannot recommend this show enough - Go and see it." - Harvey H

"It's rare that comedy is genuinely funny and genuinely moving. John Pendal is fantastic. Don't miss this show!" - Debbie M

"Really funny and engaging show, the best one I have seen so far. John really puts his heart and soul into it. Do it! You won’t regret." - Alejandro M

"A brilliant show that was equal parts hilarious and heart warming! I would recommend it to anyone. 5/5" - Holly M